For the Great Exhibition of the North, Jane and Louise Wilson expand upon the idea of a ‘Suspended Island’, one which hints at the current political flux and the perception of the North East: closer to Scotland but still remaining part of England. This video installation is their first outdoor public commission. In the context of Brexit, the image of the island becomes all the more resonant as the artists consider not only what it means to be British, but significantly, what it means to be Northern.

Commissioned by the Baltic Center for Contemporary Art, ArtAV installed, Jane and Louise Wilson's, Suspended Island. Two large outdoor LED walls were constructed - one portrait and the other landscape, using ArtAV’s 4mm pitch LED Panels; a total of 24 metres of LED wall were used between the two walls. The audio for the installation threw up a challenge, to truly be immersed in the soundscape the volume would have impacted on local residents and businesses. Therefore we used a streamed audio service provided by auXala as the solution, this meant the audience, with a tap of their phone, could listen to the intricate soundtrack of the piece on their own device being submerged in the artwork. To utilise the audio streaming service we installed an ultra high density Wi-fi network that would be able to cope with the large visitor numbers.

As this is a long outdoor exhibition we have utilised remote monitoring. This enables us to see the video walls status, power draw and control, weather conditions (through a mini weather station), number of clients logged on to the audio streaming, a camera to see the walls and we can update the scheduling to turn the artwork on and off.

The piece has been extremely well received and is one of the stand out features of the art trail at the great exhibition of the north. 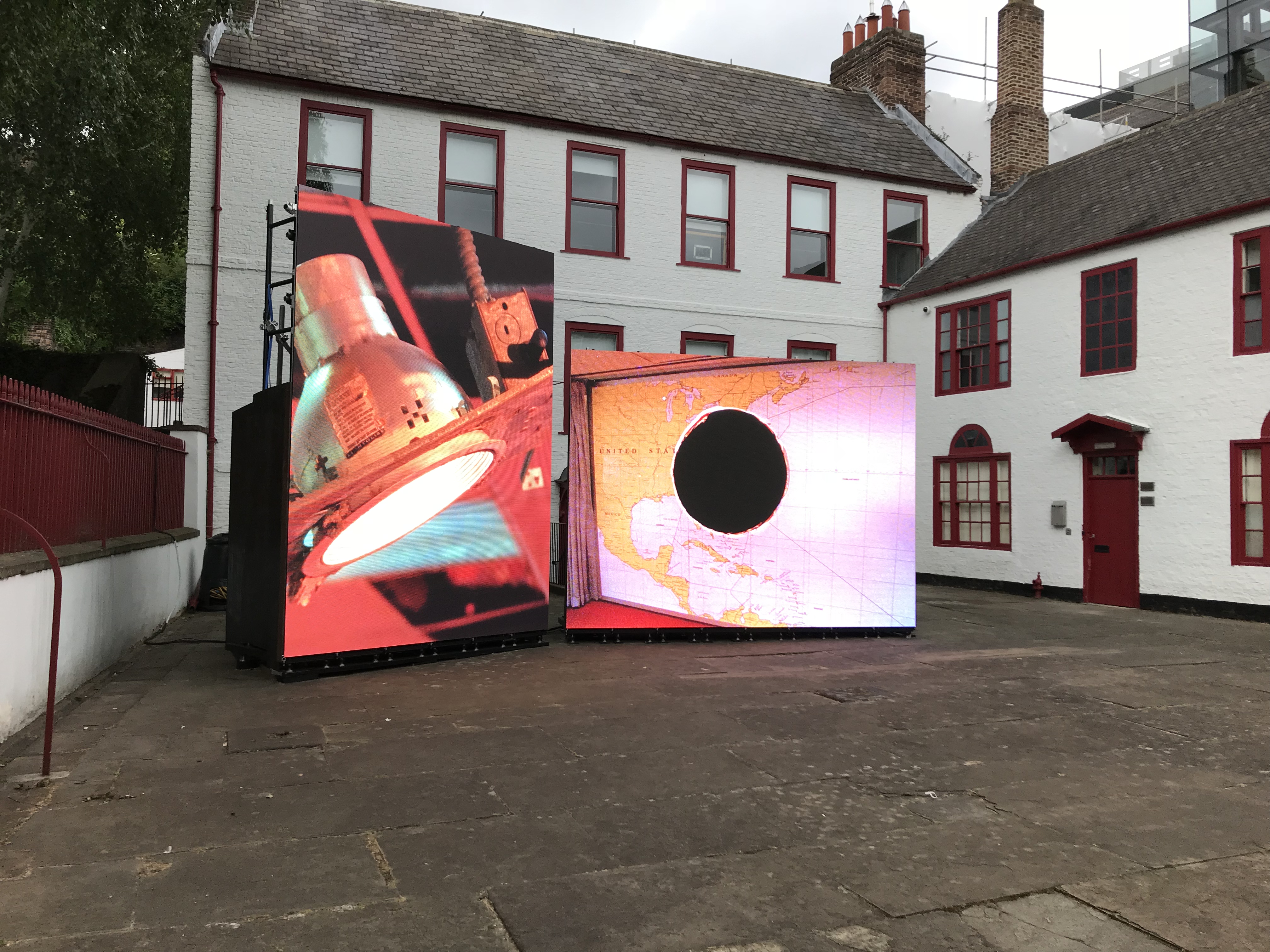 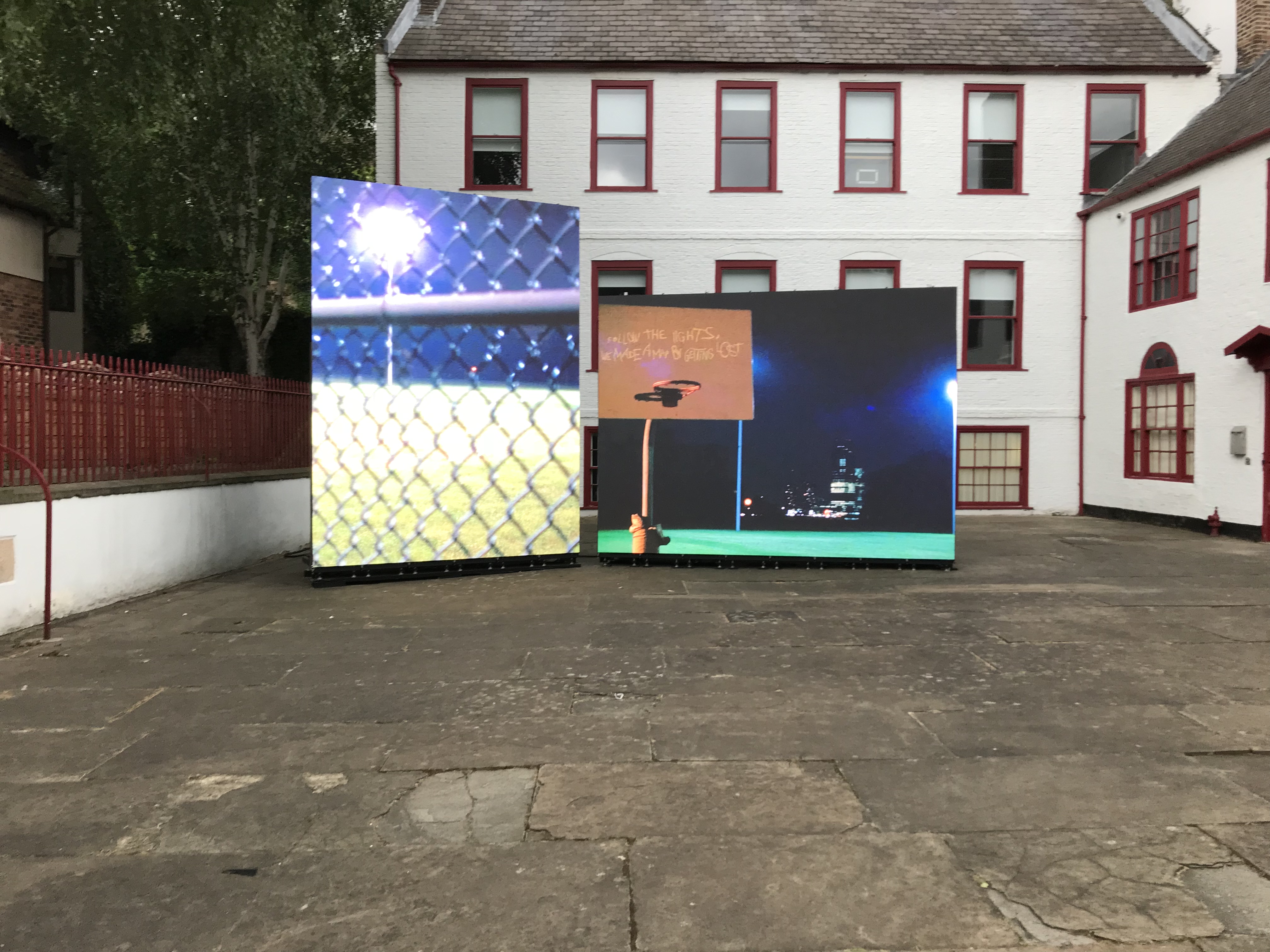