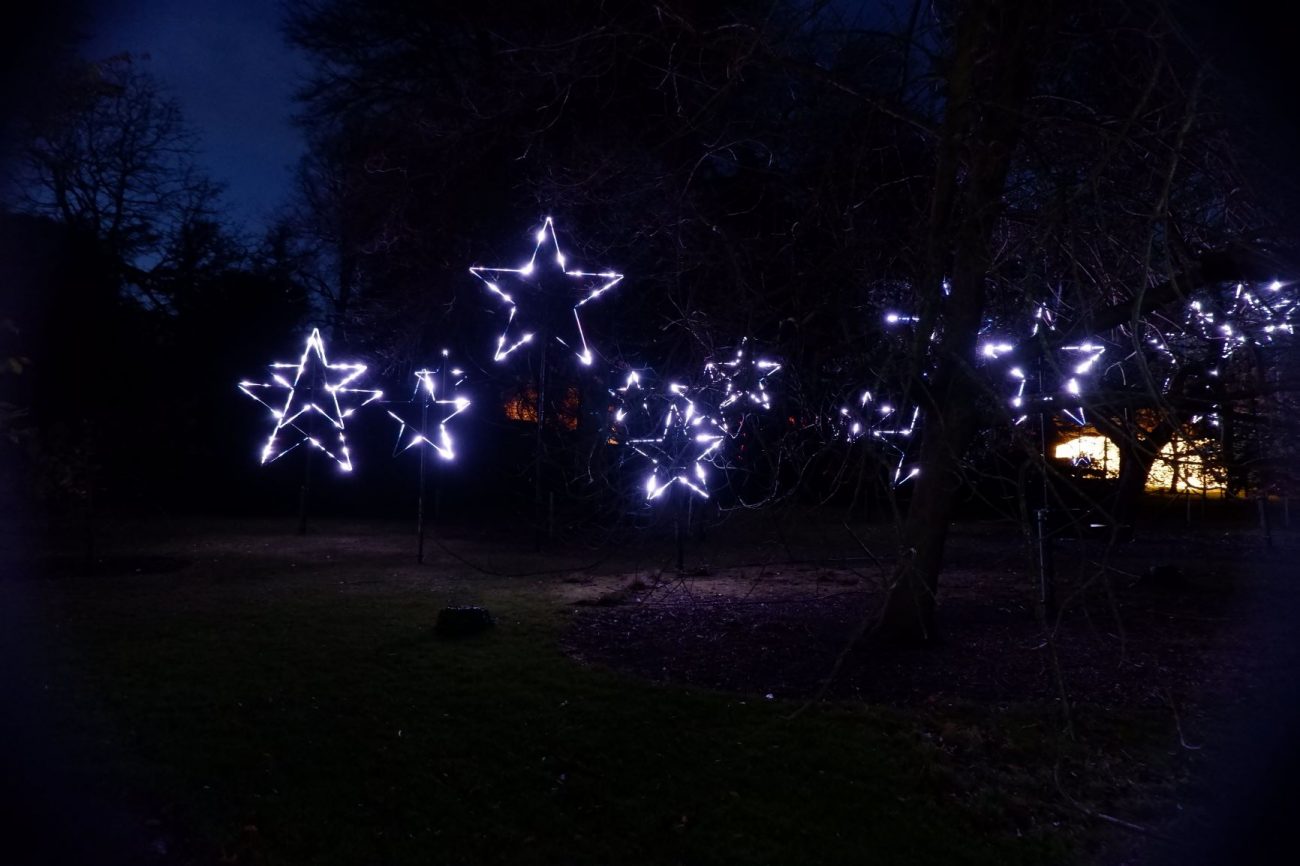 Following on from 2019’s success with our Christmas Floor Interactive Projection, ArtAV were asked by Culture Creative to create another light installation for Christmas at Edinburgh Botanics 2020. With this year’s theme being stars the concept of a field of stars was created.

Starfield was positioned in a wooded area along the trail and featured 20 giant LED stars that twinkled in the night sky amongst the trees full of colour and promise.

The initial concept was designed in Blender and pre-vizzed using Disguise D3 and Notch software; which meant prior to any manufacturing the idea could be shown to the client for approval and any adjustments made before parts were ordered. Using the pre-viz software meant as well the programmer could accurately programme the stars in a real world simulation saving time during the physical installation.

The 20 stars were then manufactured at ArtAV. Building thirteen 1.5m diameter stars and seven 2.5m diameter stars was no easy feat. As part of the manufacturing process a quick installation method was integrated into the build. This would allow the stars to collapse to a manageable size for transport to the installation site but not require a lengthy build process once there; afterall Edinburgh is cold in December!

Attached to the metal frames were 64RGB LED battens, following tests done during the manufacturing phase the usual frosted lens for the LED was removed and replaced with a clear version to better showcase the sparkle effect which was getting lost in the diffusion. The metal frames had fixing positions that secured the LED battens. Then the ‘star’ was fixed to a scaffold pole to elevate them from the ground fixing allowing the stars to float among the trees in the night sky.

Weatherproof boxes housed the control equipment for the stars which included an auto boot computer with custom playback software developed by ArtAV to loop the visual and audio sequence. Each box used an Artnet to LED controller to send signal to the stars; with each controller capable of controlling 32 universes of Artnet/DMX.

With everything that has happened this year it was refreshing to able to support Culture Creative in bringing Christmas Trails to life once more, giving people some much needed festive cheer. The whole Christmas Trails programme was again a resounding success and with potentially more sites being secured for next year, ArtAV look forward to being able to provide a little bit of light and starry sparkles to everyone’s trail. 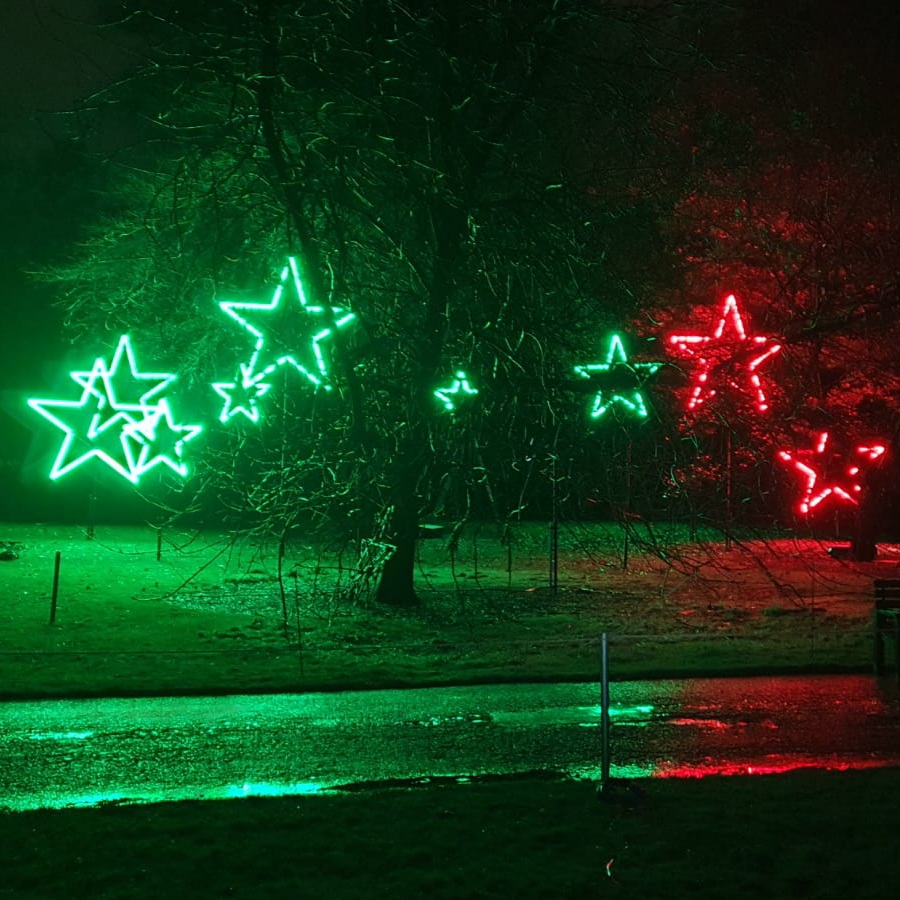