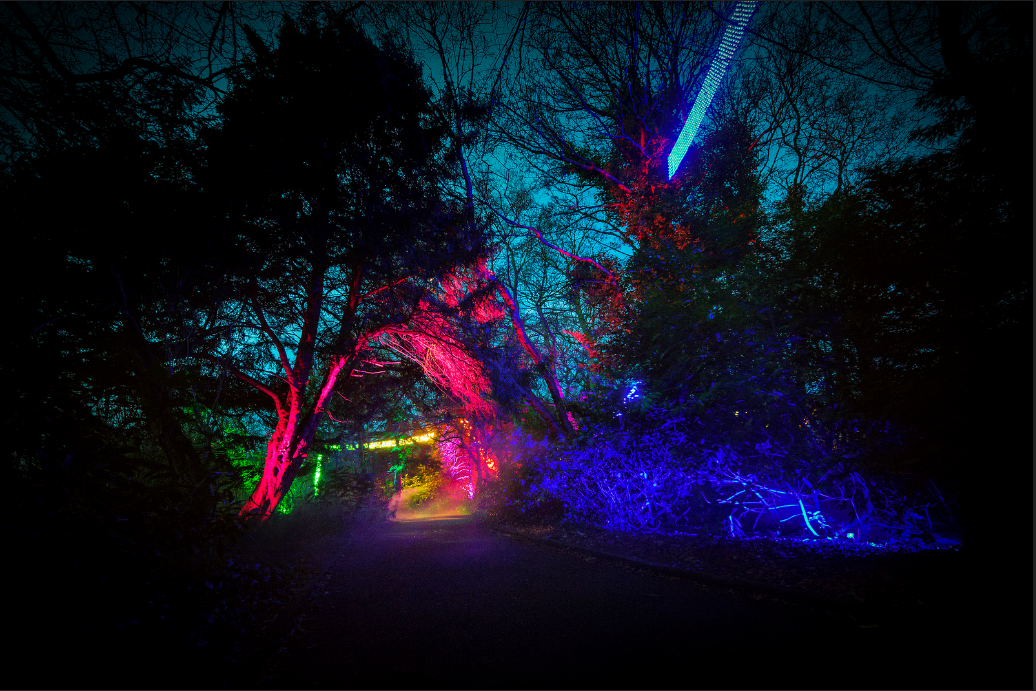 We entered a successful bid to be featured at Newcastle Gateshead Initiative and Gateshead Council’s Enchanted Parks 2016, which gave ArtAV the opportunity to be the digital artists for a change. The theme, as it was the 400th anniversary of William Shakespeare’s death, was A Midwinter’s Night’s Tale and contained 14 different installations across Saltwell Park.

“Listen carefully and you will hear whispering… and giggling in the dark. Look closely and you may spot mischievous faeries darting between the trees. You’ve found their magical world.”

Our feature, Ignis Fatuus – Faery Magic, allowed guests at Enchanted Parks to walk through eighty metres of magical forest while brightly coloured fairies flew and pranced from tree to tree. To achieve this mesmerising spectacle we used LED mesh rigged in canopy and programmed to create the fairy-like light movements in varied colours, whilst the grand finale saw the forest being illuminated in an array of colour. Saltwell Park provided an interesting and beautiful backdrop to work on that also placed us with the unusual control position in the back of a van!