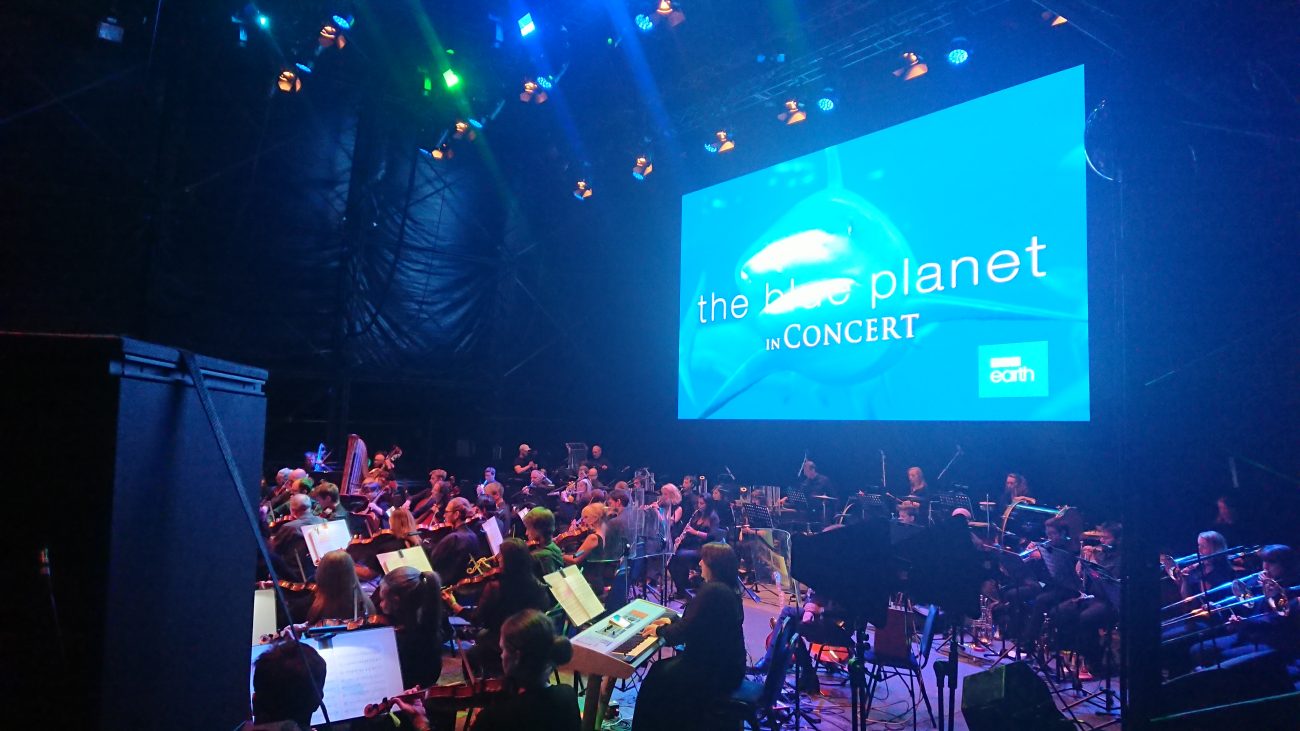 The award-winning Blue Dot Festival opened its doors for the first time with The Blue Planet in Concert, performed by the Hallé Orchestra to kick off a brand new family four-day format. Conducted by Ben Foster, the show combines live music against a backdrop of remarkable footage from the original Blue Planet 2001 television series, produced by the acclaimed BBC Natural History Unit.

ArtAV has worked with BBC Worldwide for a number of years assisting with the technical production of their orchestral tours. Prior to the performance, we liased with the Conductor, Ben Foster, to produce the click track and manage the visual streamers. We also provided two 65” LED screens for the orchestra rehearsals so that the musicians could see the visuals they were playing along to.

For the main performance, ArtAV supplied the media playback system that was presented on a LED screen. 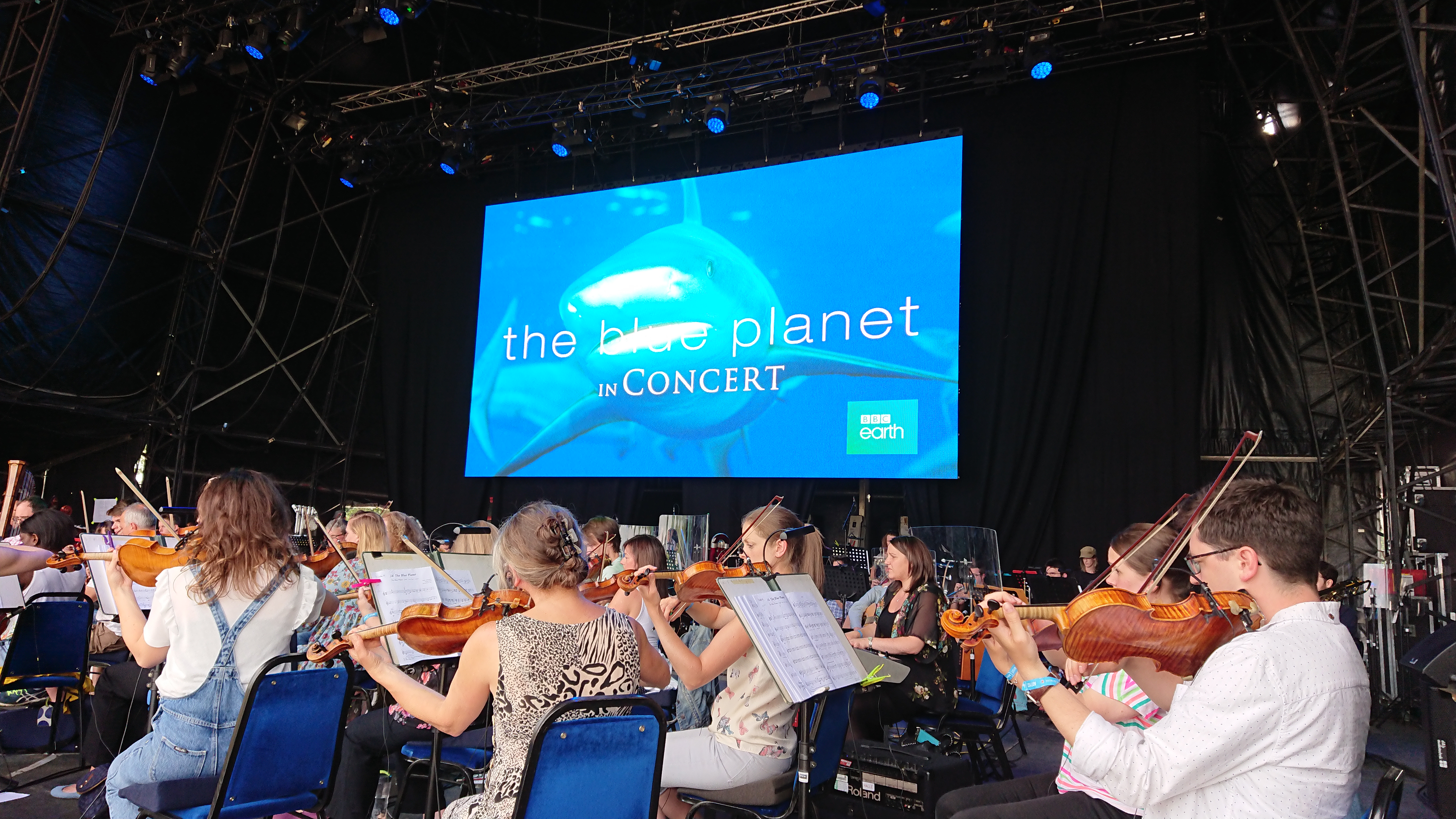 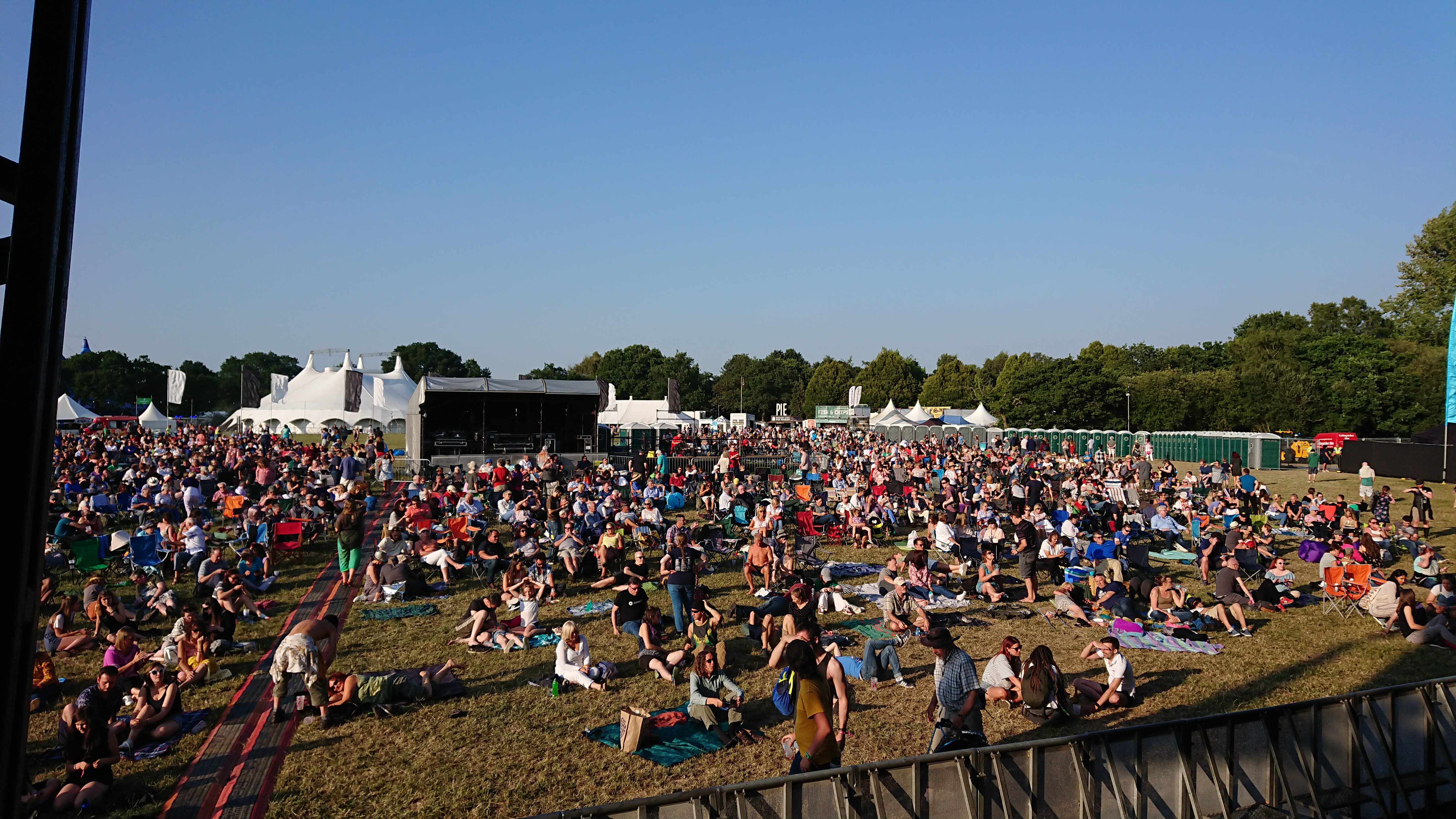