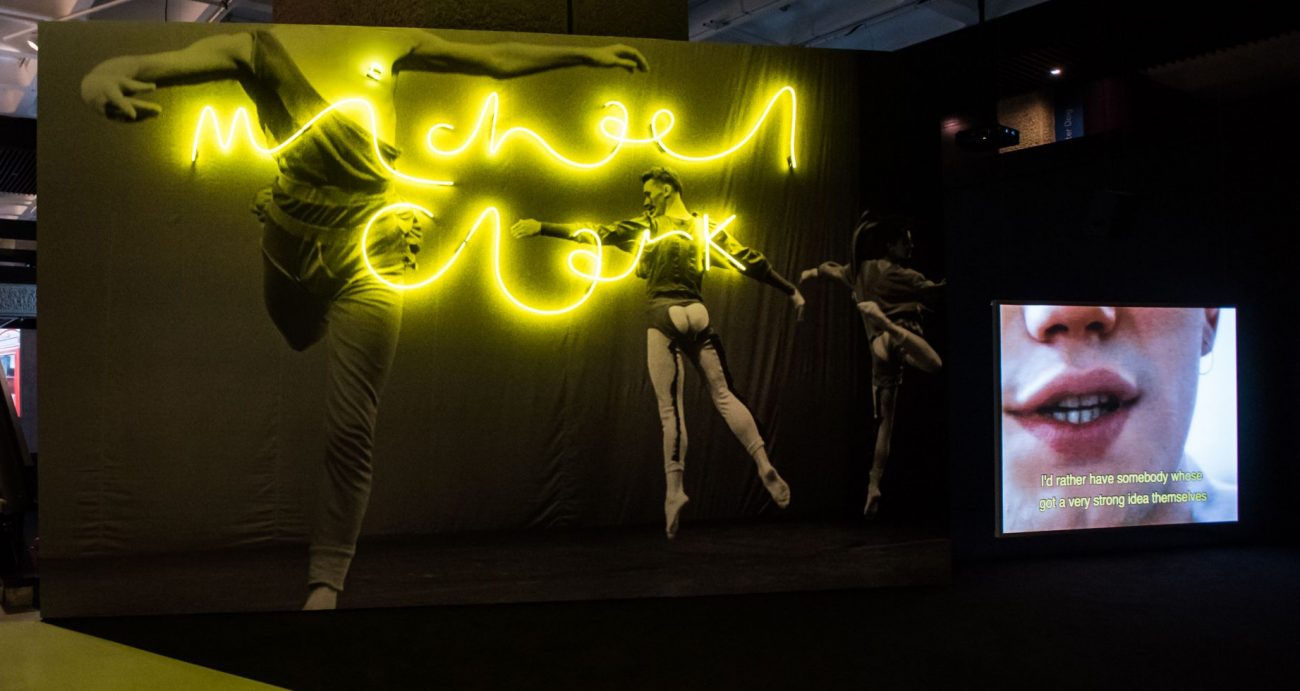 Spanning across nine hanging screens and four monitors in the gallery space. Conceived as an immersive collage of sound and moving image, Atlas re-edited two previous films on Clark, Hail the New Puritan (1986) and Because We Must (1989), with the installation’s title functioning as an anagram of ‘New Puritan’.

A pioneering video artist, Atlas created a new way to film dance termed ‘media-dance’ and has designed lighting for almost every Clark production since 1984. His aim to ‘translate to the screen the kinaesthetic experience you get from watching live dance.’ The choreography from edited fragments creates a sense of rhythm, inviting visitors to walk through the space in contrast with the static viewpoint of a theatrical audience.

For Atlas, Hail the New Puritan is an anti-documentary where ‘everything in the film is constructed reality.’ Clark and his friends are directed to exaggerate their behaviour for the camera, blending together art with life. Atlas shows a fictional day-in-the-life of Clark as a young dance prodigy on the cusp of fame. Atlas has called the film ‘a love letter to London’, providing a unique insight into the creative scene and underground queer subcultures that Clark emerged from, amidst the backdrop of a city beset by mass unemployment and the AIDS crisis. 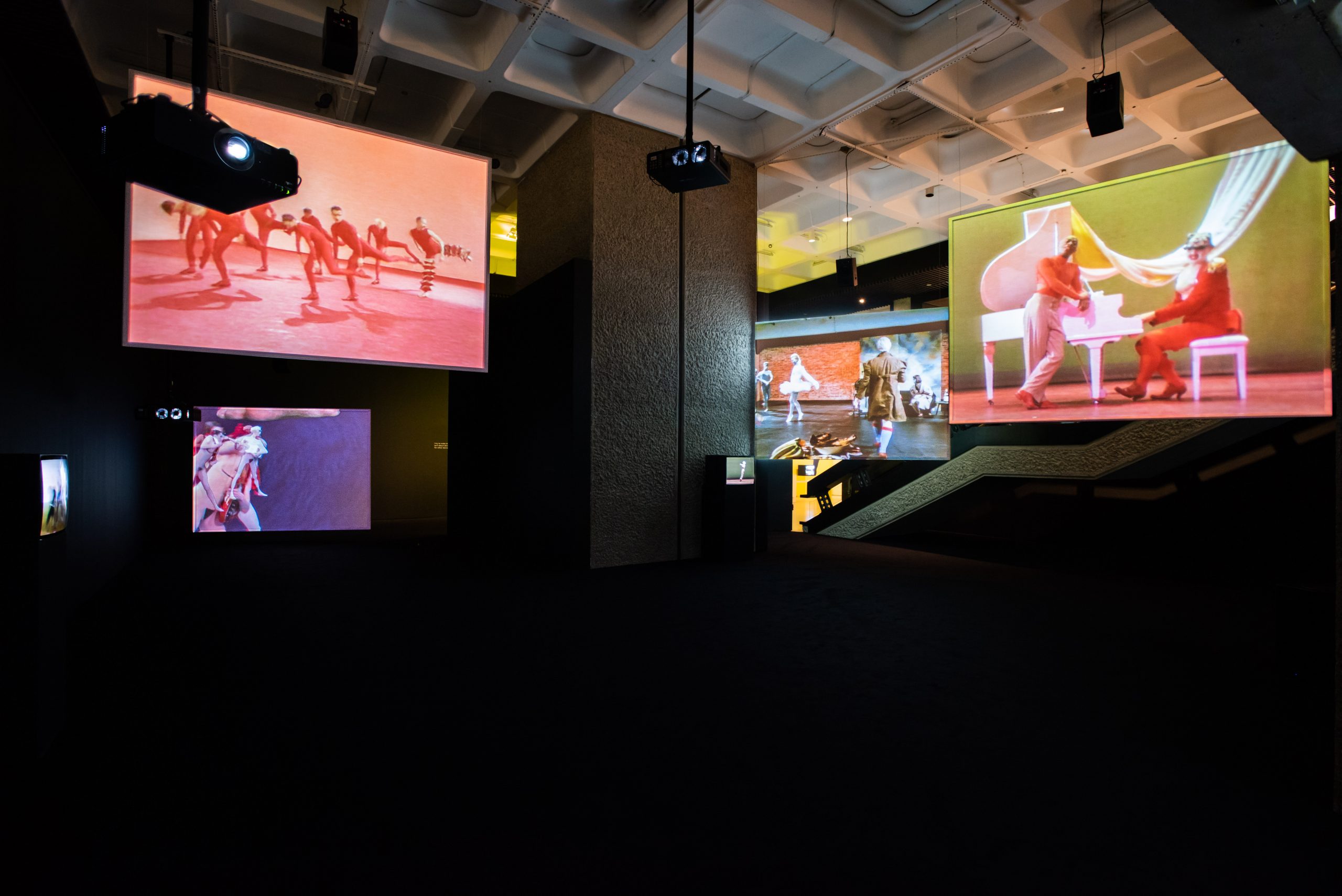 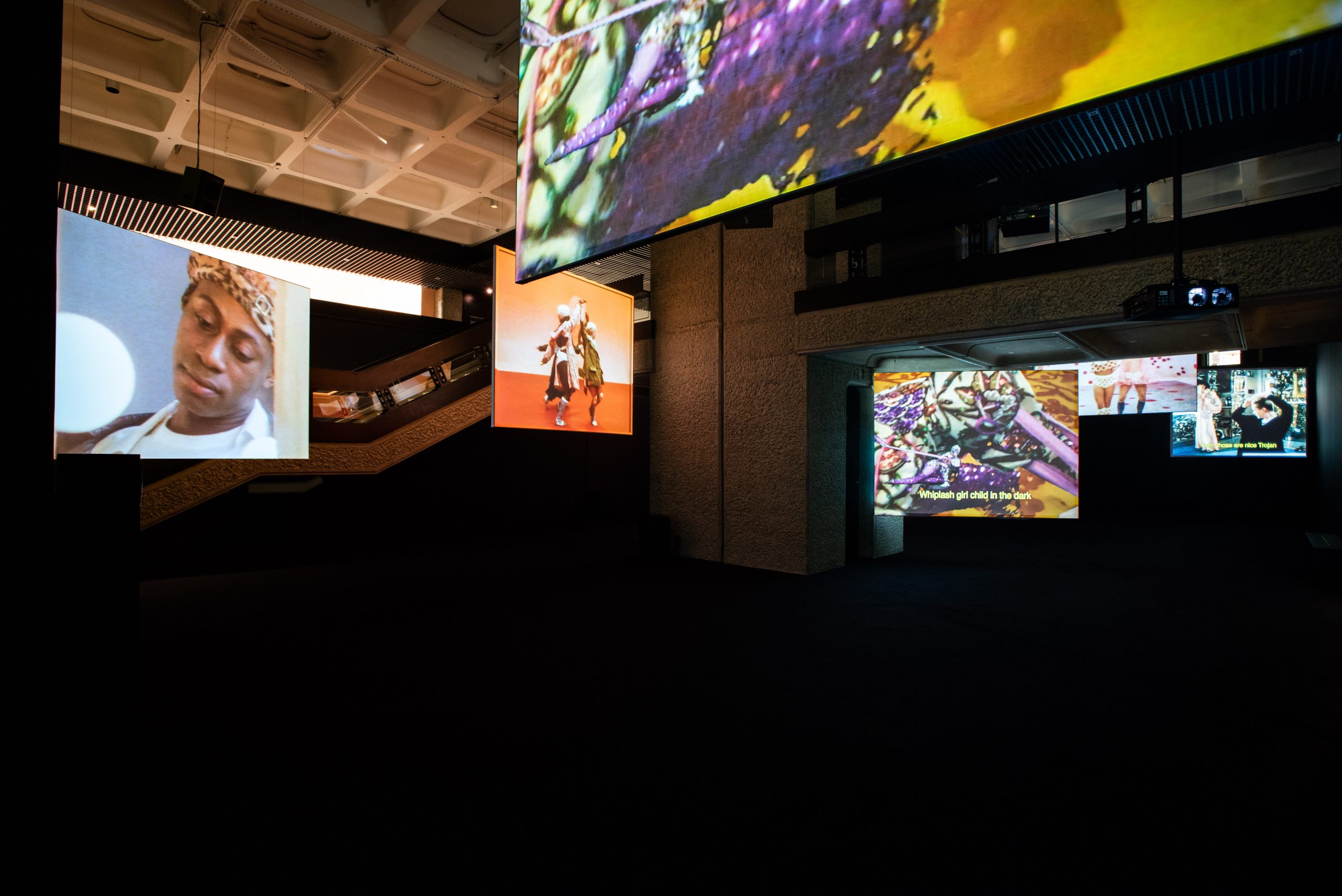 ArtAV provided two technicians for just over a week to install the 13 screen work in the Barbican's Main Gallery space. For the work playback was delivered by a Blackmagic Hyperdeck video players that were synchronised and controlled by our own ArtAV HyperSync system.  The work was projected by 9 x Panasonic PT-DX610 projectors; a 6500 lumen lamped 4:3 DLP projector, which were able to replicate the aesthetic of when the work was originally filmed.  The 9 projectors lit up our own custom made 3 metre wide 50/50 ArtAV projection screens while 4 of the projections were also shown in sync on four CRT monitors. We used Decimator 2 converters  at each of the monitors to take the HD SDI signal and convert it for the CRT monitors. Sound processing was looked after by 16x16 Xilica DSP which fed eight JBL LSR4328P Monitor Speakers and two QSC K-SUBS.

Due to travel restrictions in place this year Charles Atlas couldn't attend the installation, collaborating with his art installation producer who is based in London, we were able to show Charles the space and vision with multiple camera video calls around the large multi-storey gallery. On site adjustments to screen positions were made and the audio was re-worked on site to utilise the spaces unique acoustics; and pull the audience around the screens in keeping with Charles' idea that the work should be viewed while on the move.

A custom button control for projector daily power on / off and audio level control was installed as part of the playback rack so that the in-gallery team could control everything from one point in the large gallery space, making daily show management as simple as possible. 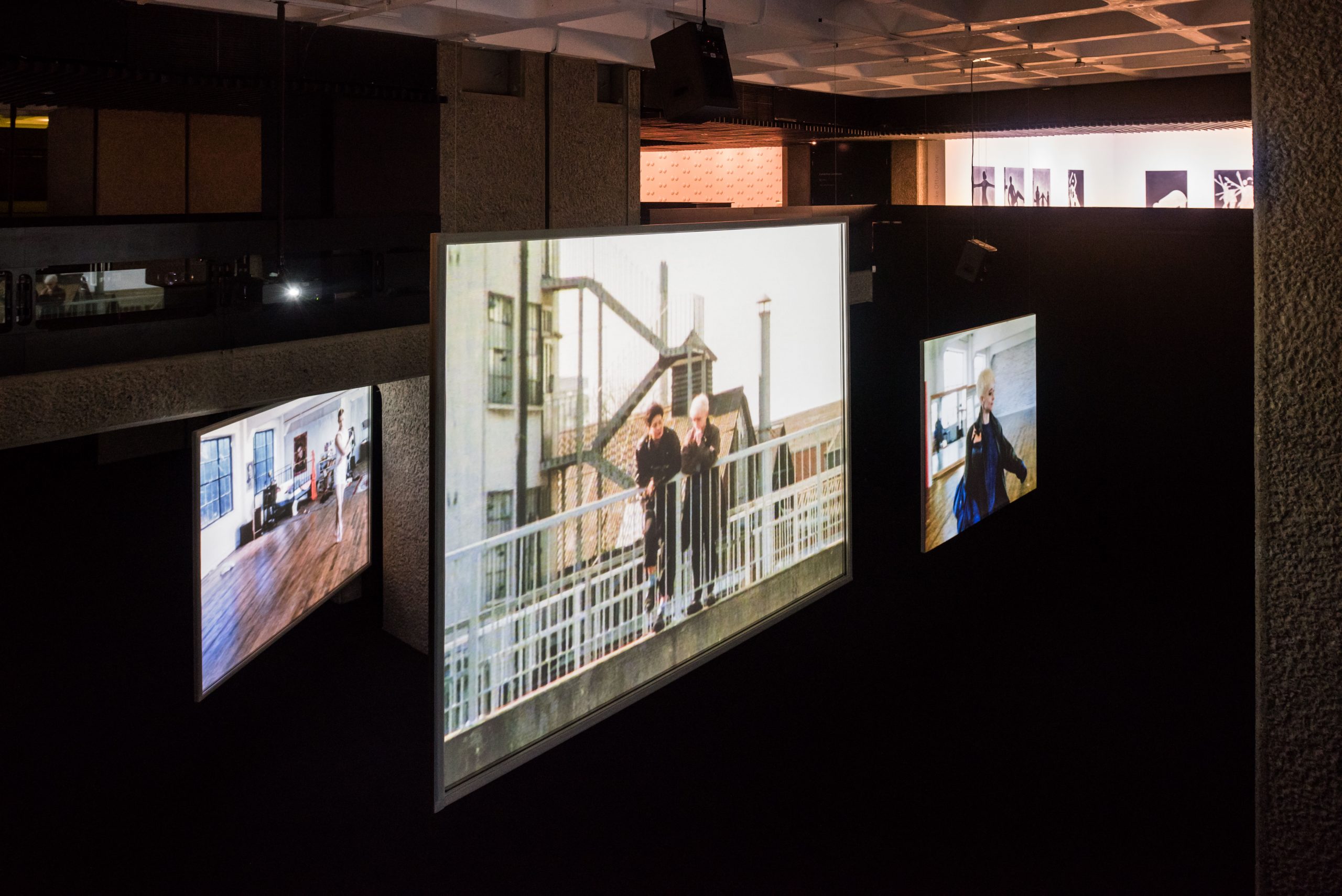 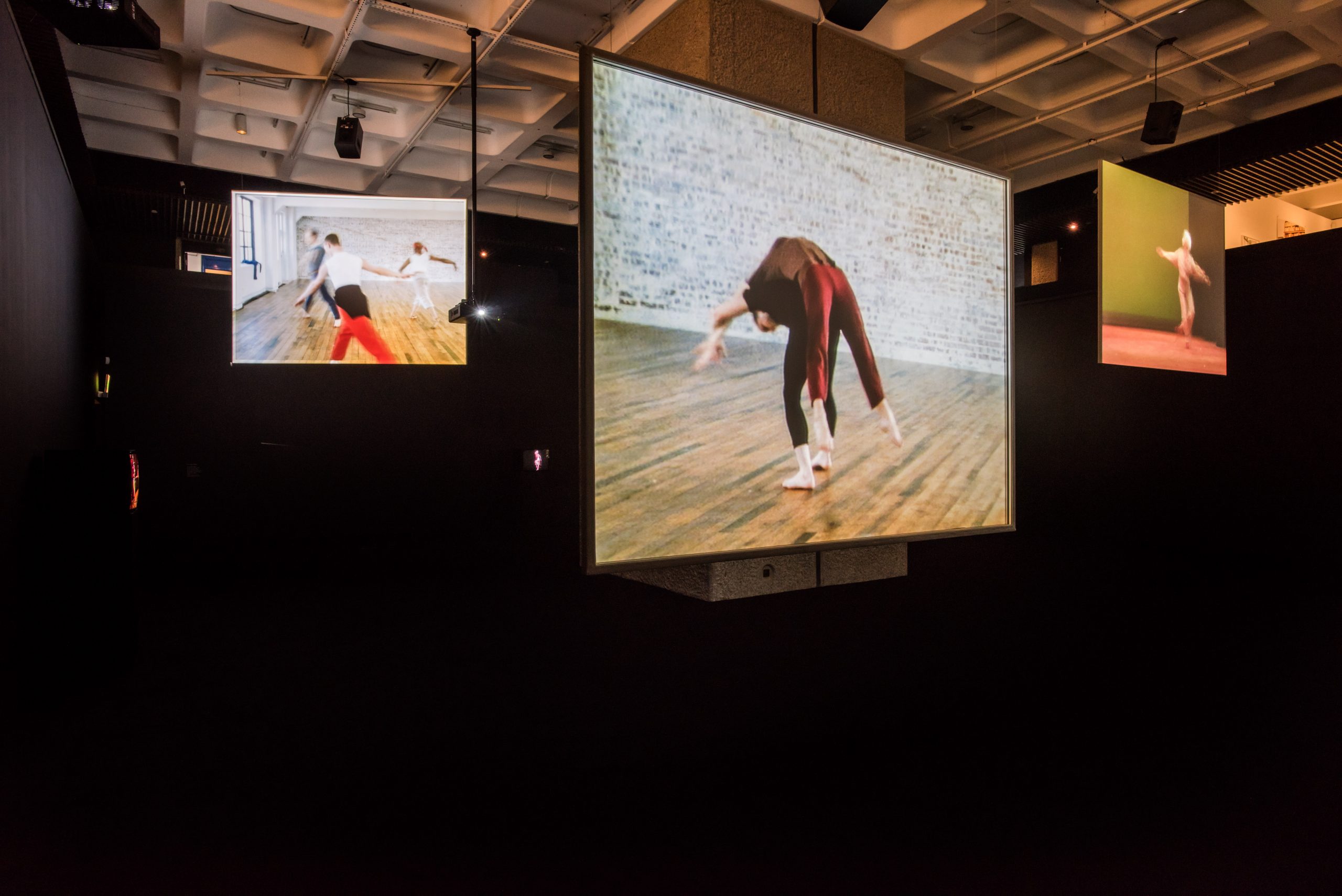