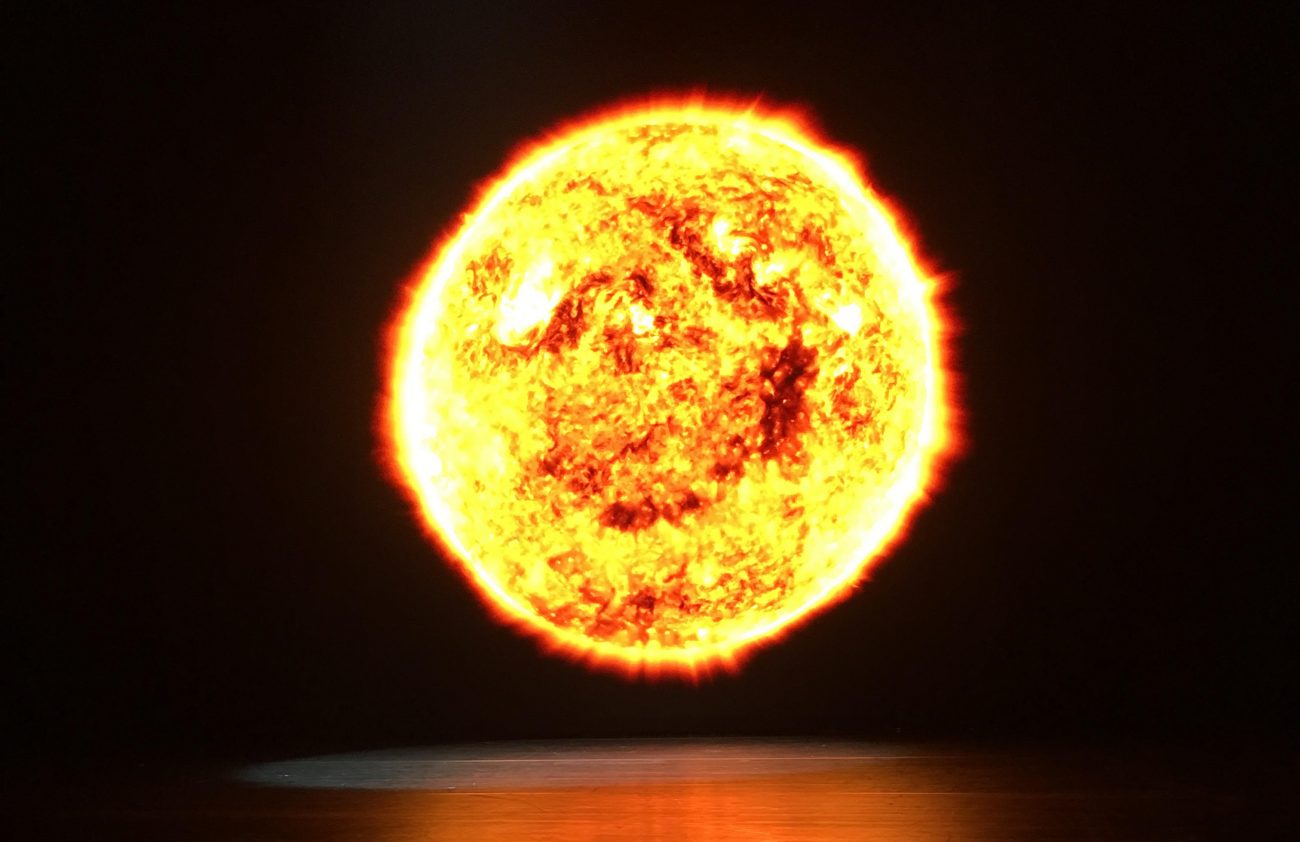 Inspired by solar science research and in collaboration with scientists from STFC RAL Space, The Alexander Whitley Dance Company’s production “8 Minutes” represents the relationship between the Sun and life on planet Earth; 8 minutes being the time it takes for light to travel from the Sun to the Earth.

Alexander Whitley brought in Bafta award-winning artist Tal Rosner to create the visuals for the production, using actual footage of the sun provided by STFC RAL space. Tal Rosner created his visuals using the principles of movement and physics as his base material. The visuals also include artistic interpretations of nebulae and other celestial objects, which would normally be hidden in darkness, but were here rendered beautifully in Rosner’s work. These breathtaking visuals were accompanied by a score created by award-winning electroacoustic innovator Daniel Wohl.

Due to the visuals being such a big part of the production and shown in such a large venue, they really needed to make an impact. ArtAV’s solution for this was a 36m2 Absen A3 Pro LED wall. It was chosen as it delivered higher than HD resolution images with incredible contrast and brightness. ArtAV provided an LED & Media Server technician for the show and then trained BlueBoxx technicians on-site in the configuration, operation and servicing of the screen for it’s European tour.

‘Driven by the mix of celestial and industrial music in Daniel Wohl’s score, Rosner’s artwork creates its own kind of space travel.’ Judith Mackrell, The Guardian